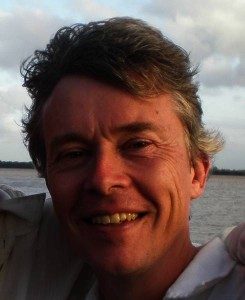 Frank Visser
The Dutch writer Frank Visser once figured as the major partisan exegete of Ken Wilber. His book Ken Wilber: Thought as Passion (2003) was published by the State University of New York Press. Visser was here described as “an internet specialist who studied the psychology of religion at the Catholic University of Nijmegen, The Netherlands.”
The publisher classified Visser’s book in terms of: “the definitive guide to the life and work of Ken Wilber, widely regarded as the most comprehensive and passionate philosopher of our times.”
Visser’s contribution was strongly in support of Wilber. At the end of nearly 300 pages, Visser offers a chapter entitled “Ken Wilber in Perspective.” This covers science, psychology, and religion. Visser here states that “Wilber counts as the leading theorist” in transpersonal psychology (page 267). That version of psychology “first emerged as an academic discipline at the end of the sixties” (ibid). Wilber himself was not an academic.
Visser dwells on the differences between Wilber and C. G. Jung. “Wilber is of the opinion that Jung has prompted an extremely regressive movement in psychology” (page 265). A basic contention here is that the Jungian stress upon the “collective” is a mistaken denominator for too many contrasting ingredients, including the spiritual, the prerational, and the regressive. One aspect of this drawback is seen by Visser in “writers inspired by Jung who interpret the wild or primitive aspect of our nature as spirituality” (page 265).
A well known rival of Wilber was Stanislav Grof, a psychiatrist who innovated the term transpersonal, being influential in the movement associated with that word. Grof gained a repute for therapy practices and the use of mind-altering drugs, including LSD. His perinatal theory has met with denial in some directions. Grof believed that his theory was based on clinical evidence, which he thought to be lacking in Wilber. “In many respects Wilber and Grof stand at opposite ends of the spectrum” (page 270). There are strong opponents of both Wilber and Grof (Ken Wilber and integralism). 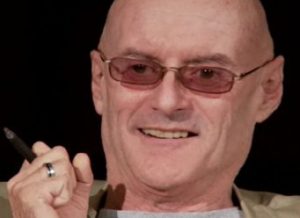 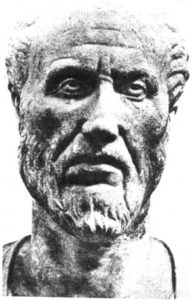 His date of birth is uncertain, and likewise his racial origin. Plotinus would not refer to his early years, nor allow his birthday to be celebrated. As a consequence, the date and place of his birth passed into obscurity. His world-renouncing outlook was basically a mystery to commentators like Bertrand Russell. The “moderate ascetic” orientation of Plotinus decodes to a gulf between him and most modern commentators, including even Pierre Hadot.

When Ammonius died circa 242 CE, Plotinus had been his pupil for a decade. The latter departed from Alexandria in 243, joining an ill-fated expedition (possibly as a court philosopher) of the Roman emperor Gordian III against the Persians. Gordian was murdered in Mesopotamia by rebellious soldiers; this situation was part of the political problem afflicting Rome. Plotinus fled to Antioch, subsequently moving on to Rome by 245.  There he settled, gaining followers in senatorial ranks. Plotinus eventually became well known. He maintained a cautious tactic of guarding his unpublished manuscripts, which were available only to committed students like Amelius and Porphyry. His circle were cosmopolitan, including Syrians, Alexandrians, and at least one Arab.  Also, three women are fleetingly mentioned, two of them apparently Romans.

He endorsed study of the sciences, in a Platonist manner. He was evidently familiar with geometry, mechanics, optics, and music (then regarded as a science). Plotinus would not himself practise those pursuits, which he viewed as a secondary support for training the mind. In the Neoplatonist view, too much attention given to scientific activity is a distraction from the philosophical quest. There are differences with Aristotle, an authority whom Plotinus frequently contested. Some elements of convergence are also evident. In another direction, “the writings of Plotinus apparently contain strong repudiation of Stoic doctrines, as well as tacit acceptance of some of them” (Graeser 1972:xiii).

Plotinus was opposed to the excessive wealth and slavery in the Roman environment, trappings which accompanied military prowess. One may conclude that he scored over Aristotle, who had endorsed slavery in a  conciliatory gesture to the ruling class. Science might do little to remove social problems, whereas diligent mysticism may move a lot further.

The treatise entitled Against the Gnostics (Ennead II.9) is a well known feature of the Enneads. The protest was made on grounds of Platonist tradition, reason, and morality. The Gnostics were present in Rome; there are implications of flawed doctrines and behaviour. Gnostics were claiming a secret knowledge facilitating a short and easy path to the Divine. Plotinus contrasted this with the long, difficult, and necessary route involved in the Platonist practice of virtue and the due exercise of philosophic intelligence. He repudiated a resort to magic and ritual in the popular Gnostic sector, usages amounting to theurgy (theourgia).

At the end of his life, Plotinus suffered a severe illness in the onset of an epidemic created by war and social unrest. The distinctive Emperor Gallienus was assassinated by military schemers. A mood of anarchy was prevalent, Rome was beset by troubles. Plotinus retired from Rome to the countryside, possibly afflicted with leprosy, stoically awaiting his end. The man who had rejected his birthday could also transcend death.

Narbonne, Jean-Marc, Plotinus in Dialogue with the Gnostics (Leiden: Brill, 2011).