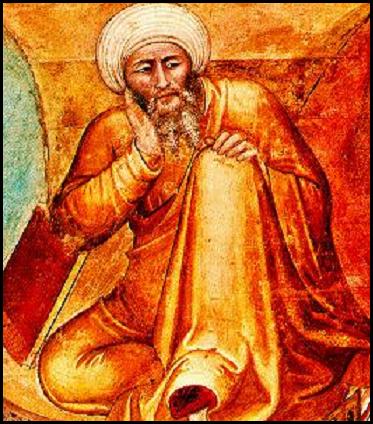 The setting for Ibn Rushd (1126-1198) was Islamic Spain, where he was born in Cordova. In this city of Andalusia, his grandfather had been a prominent judge (qadi). Ibn Rushd was trained as a Maliki jurist; in that capacity (like his father also), he gained a distinguished career as a qadi of Cordova. He also became physician to the Almohad Sultan of Morocco.

Ibn Rushd eventually became famous in the Christian world as an Aristotelian philosopher, a role in which he achieved an unusual degree of conceptual purism. The “Eurocentric” interpretation has viewed him merely as a bridge between the Greeks and the moderns. An alternative angle has been urged.

Ibn Rushd devoted much of his time to learning and composition. In addition to philosophy, he was skilled as a medical doctor (Prince of Science). His talents in medicine are attested by his al-Kulliyyat fi al-Tibb (General Points on Medicine), an influential encyclopaedia which included some original observations and gained a well known Latin translation (Colliget). This early book related to his concern with philosophy as the medium for a digest of scientific data.

The output of Ibn Rushd encompassed many subjects. His Bidayat is a legal treatise representing the Maliki law school. He compiled the medical works of Galen, and also wrote on physics and astronomy (a subject in which he conducted observations at Marrakesh). His Mukhtasar al-Majisti is a summary of Ptolemy’s Almagest. Ibn Rushd here “challenged Ptolemy’s astronomical system on philosophical grounds and made interesting theoretical contributions to the Andalusian criticisms of the Greek astronomer” (M. Forcada, Ibn Rushd al-Hafid).

For many years, Ibn Rushd was composing diligent commentaries on nearly all the works of Aristotle. He produced short, medium, and long commentaries on the same text, apparently for the purpose of encouraging different audiences. His three levels of explanation commenced with simple overview (jami) and proceeded to advanced study (tafsir). The Politics of Aristotle was not available to him; he employed Plato’s Republic as a substitute. Ibn Rushd notably attempted to retrieve the original arguments of Aristotle, resisting the accretions of Neoplatonism which had infiltrated the Arabic tradition. His short paraphrase commentaries have been considered “a very loose summary of the originals.” He did add his own interpretations. However, “the long commentaries are very impressive analyses of the text, especially given the nature of the translations with which Ibn Rushd was working” (O. Leaman, Ibn Rushd Abu’l Walid Muhammad).

Ibn Rushd is strongly associated with the Almohad dynasty, whose patronage he gained via periods of residence in Marrakesh, where he exercised the role of a court physician. Conservative tendencies in the political climate led to the official rejection of his writings at the end of his life. The presiding Almohad Sultan was Abu Yusuf Yaqub al-Mansur (rgd 1184-1199). This ruler defeated a Christian army at Alarcos in 1195; returning to Seville, the Sultan supported doctrinaire jurists who had accused Ibn Rushd of heresy, the issue here being the latter’s reconciliation of Greek philosophy with Islam. The militant spirit of the time also aggravated against other heretics. “Ibn Rushd was thus the victim of a political gesture, and was sacrificed by the Sultan in order to win over the masses” ( D. Urvoy, Ibn Rushd, London: Routledge, 1991, p. 35).

Some of his books are reported to have been burned. In 1195, Ibn Rushd was exiled from Cordova to Lucena, a small Spanish town largely inhabited by Jews. The Almohad regime now imposed forced conversion to Islam in that town. The inhabitants wrongly associated Ibn Rushd with the aggression. When eminent men in Seville learned what had happened, they petitioned in his favour. The banishment was revoked two or three years later, when the Sultan summoned Ibn Rushd to the Almohad court at Marrakesh, where both of them died shortly after.

The Almohad regime was based on a combination of a royal household, a hierarchical religious organisation, a tribal military elite with Berber and Arab tribal allies, and a Spanish-type administration. (I. M. Lapidus, A History of Islamic Societies, Cambridge University Press, 1988, p. 375)

In his Fasl al-Maqal (Decisive Treatise), Ibn Rushd “contended that the claim of many Muslim theologians that philosophers were outside the fold of Islam had no base in scripture.”  He “strived to demonstrate that without engaging religion critically and philosophically, deeper meanings of the [religious] tradition can be lost, ultimately leading to deviant and incorrect understandings of the divine” (H. Chad Hillier, Ibn Rushd, Internet Enyclopaedia of Philosophy).

Ibn Rushd was here arguing for the obligatory status of studying philosophy, amongst those who had the capacity for scientific reasoning (qiyas burhani). His opponents were evidently “the conservative Malikite lawyers and their popular supporters, and the rising class of Asharite theologians” (G. F. Hourani, Averroes: On the Harmony of Religion and Philosophy, London: Luzac, 1961, pp. 1, 16).

The major controversy related to the Asharite exponent Abu Hamid al-Ghazzali (1058-1111), an Iranian theologian who gained repute as a Sufi. Ghazzali repudiated the relevance of philosophy in his treatise Tahafut al-Falasifa (Incoherence of the Philosophers). In response to Ghazzali, Ibn Rushd composed the Tahafut al-Tahafut (Incoherence of the Incoherence), which is a systematic refutation.

Ghazzali argued that philosophers became infidels (kafirs), meaning in relation to issues such as their support for the Aristotelian doctrine of eternity of the world, and their denial of bodily resurrection. The major target for Ghazzali was Ibn Sina (entry no. 18), with whom Ibn Rushd also disagreed, while adopting a rather different angle (to Ghazzali) as an Aristotelian purist. The full details of these disputes cannot be treated in a brief coverage.

As events transpired, Ghazzali was victorious in the Islamic world. However, the eclipsed Ibn Rushd gained a significant new incarnation in the Jewish and  Christian spheres of commentary.

It was only in the thirteenth/nineteenth century that the Arabs became interested again in Ibn Rushd, and in a polemical climate which for a long time distorted the meaning of this rediscovery. His fortune is only due to his reception outside the Muslim world, notably among Jewish writers, who contributed to transmitting him to the Latin West, which eventually was to betray him. (D. Urvoy, “Ibn Rushd” (330-45) in S.H. Nasr and O. Leaman, eds., History of Islamic philosophy Pt 1, London: Routledge 1996, p. 343)

Many of his works are lost, while others survived in Latin or Hebrew. His heresies included a theme of the eternally existing physical world. He also denied resurrection of the body, an Islamic belief supported by literal interpretation of the Quran. Ibn Rushd emphasised that the soul survives death, whereas the body cannot do so. He argued that such contentions could be philosophically confirmed via resort to Aristotle. Ibn Rushd distinguished between the “people of demonstration” and the “people of rhetoric,” meaning the philosophical minority and the generality who upheld the literal sense of the Quran (Robert Pasnau, The Islamic Scholar who gave Us Modern Philosophy).

A few years after his death at Marrakesh, in Christian Europe secular universities commenced, notably at Bologna, Paris, and Oxford. By the mid-thirteenth century, Aristotelian philosophy was elevated at those universities as a crucial avenue of learning. In a cultural shift and telling reversal, Averroes (Ibn Rushd) was now celebrated as the important guide to Aristotle. Nevertheless, the guide often transpired to be in conflict with Christian doctrine. Paris and Oxford have been described as ecclesiastical centres.

By 1300, there were 23 universities in Europe, favouring Latin as the language for tuition. As a general rule, women could not receive instruction in Latin, and were prohibited from taking academic degrees.  Presiding theologians employed Aristotle for the support of Christianity. They used his logical apparatus to systematise Church doctrine. The Dominican Thomas Aquinas (1225-1274) was the exemplar of this trend, utilising Aristotelian logic, metaphysics, and ethics in his influential work Summa Theologiae.

In 1268, Aquinas returned to Paris, in his role as master of theology. He was deputed to confront the “Averroists,” radicals amongst the professors of philosophy. These dissidents were defending the same themes for which Ibn Rushd had been harassed many years earlier. They emphasised the superiority of reason over faith.

The dogmatic Aquinas insisted upon orthodox religious doctrines such as resurrection of the body. He opposed the Averroists as a danger to religion. Dissidents had no chance against the ruthless Papal system of eliminating opposition. In 1277, the Roman Catholic Church condemned 219 teachings of Averroes. Meanwhile, the early Franciscan rivals to the Dominican strategy were suppressed. In 1252, Pope Innocent authorised the Dominican use of torture to elicit confessions. By 1254, Franciscan Inquisitors were influential against heretics. The Inquisition had nothing to do with any viable philosophy.

A recent contention is: “The pantheistic beliefs of Baruch Spinoza flowed from Averroistic monopsychism, as did his belief in the higher state of the philosophers and tendencies toward secularism” (Averroism).