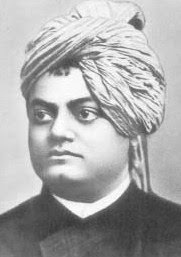 Swami Vivekananda (1863-1902) was anti-caste in many of his recorded emphases. He was an unusual mystic of the more daring and radical kind in terms of social extension. Yet he identified with the traditional philosophy of Advaita Vedanta, strongly associated with Shankara (c.800 CE), a legendary exponent whose extant and attributed treatises are a subject of complex scholarly appraisal. 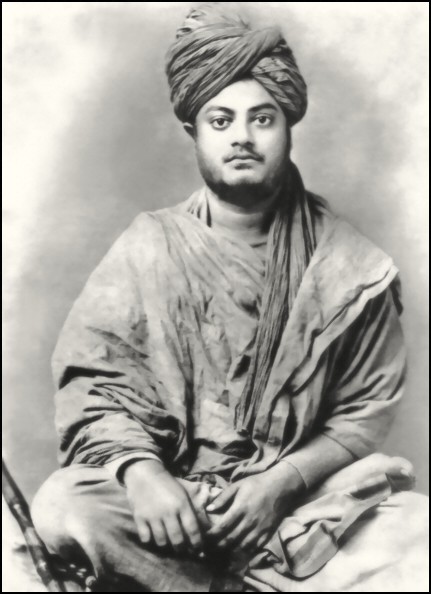 In early 1897, Vivekananda arrived back in India, being welcomed as a national hero on account of his recent fame. He travelled nationwide from Colombo to Calcutta and Almora, frequently giving lectures that included exhortations to an upliftment of the masses and the elimination of caste stigmas. He also favoured the study of Western science in addition to Vedanta. The implications of a national reorientation were taken seriously in some directions; later political figures like Mahatma Gandhi and Radhakrishnan acknowledged Swami Vivekananda as an inspiration. Independence from British rule was one repercussion. However, Vivekananda did not mount a nationalist campaign. Instead, his immediate opponent was the conservative priestly caste. Subsequent nationalists who favoured violent agitation against the British were not compatible with the monastic ahimsa of Vivekananda.

This monk detested what he called the “kitchen religion” of the brahman caste, a belief system entailing a taboo on food being defiled by the shadow of any untouchable. “Kick out the priests who are always against progress,” said Vivekananda. “The modern student of sociology may well be surprised at the depth and objectivity of his observations.” Quotes from F. R. Allchin, “The Social Thought of Swami Vivekananda,” in S. Ghanananda and G. Parrinder, eds., Swami Vivekananda in East and West (London: Ramakrishna Vivekananda Centre, 1968), pp. 89ff., 102. Dr. Bhimrao R. Ambedkar, the Dalit leader, is known for asserting that Vivekananda was the greatest man in  India during  recent centuries.

An Indian historian observes that Vivekananda “was often strongly anti-Brahmin, if not also anti-Brahmanical, and held saints and sadhus no less responsible for the continuing oppression of the masses. Reformers, in his view, never really touched the pulse of India…. Vivekananda’s panacea for India’s several ills was mass education: training in useful sciences and crafts, manual skills, and manufacture.” Quote from Amiya P. Sen, ed., The Indispensable Vivekananda: An Anthology for our Times (Delhi: Permanent Black, 2006), pp. 33-4.

A generally obscured matter is that Vivekananda drew from both the Sankhya and Vedanta systems of philosophy. He emphasised features of Sankhya psychology, while admitting the indebtedness of Vedanta to Sankhya. Substantial doctrinal differences existed between those two traditions (ibid., p. 40).

Although the Ramakrishna movement is not considered an orthodox sampradaya [religious tradition] by the more conservative Hindus, it has nevertheless captured the imagination of a great many modern and progressive Hindus and is held to be a non-sectarian and universal expression of a new, reformed Hinduism. (K. K. Klostermaier, A Survey of Hinduism, State University of New York Press, 1989, p. 45)