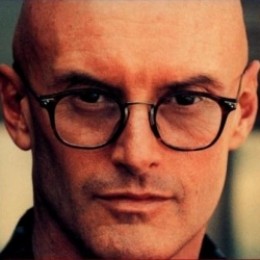 The American thinker Ken Wilber is associated with Integralism, generally described in terms of psychology and spirituality (and formerly classified in terms of transpersonalism). He reacted to the format of analytical philosophy (and also “continental” philosophy) associated with the universities. His outlook might be described as one form of citizen philosophy. I have attempted to point out the substantial differences from my own version.

Wilber became famous as a writer of numerous books on psychology, therapy, and “perennial philosophy.”  Commencing with The Spectrum of Consciousness (1977) and The Atman Project (1980), his output continued in the 1990s with such works as Sex, Ecology, Spirituality (1995) and Integral Psychology (2000). This led to an accolade from the Dutch partisan Frank Visser, who produced a detailed study of Wilber’s books after having personally interviewed him. See Visser, Ken Wilber: Thought as Passion (State University of New York Press, 2003). 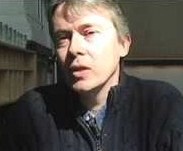 Many readers were surprised when Visser soon afterwards became a critic of his subject.  Other converging web critics such as Jeff Meyerhoff (author of an online book) also became noted for a resistance to Ken Wilber’s worldview, described as being too ambitious and lacking due supporting proofs. Wilber’s Quadrant Theory aroused opposition, claiming an “Everything” scope based on metaphysical doctrines and questionable deductions. Some counters are in evidence at the Visser site integralworld. Wilber has strongly denounced his critics as having failed to reach the spiritual “altitude” required for the perspectives under discussion.

Wilber has the rare distinction of having his Collected Works available in a multi-volume edition. He has launched in America the Integral Institute, declaring elaborate objectives and an interdisciplinary scope. I am certainly not against the interdisciplinary ideal, having myself pursued a form of that ideal for forty years. However, an objection of mine relates to the issue of what can usefully be integrated. I am not an integralist, but an analytical commentator.

My disagreement with the approach evolved by Ken Wilber has spotlighted, for example, the “new age workshop” issue. See Ken Wilber and Integralism (2009). Cf. Wilber, Integral Spirituality (Boston: Integral Books, 2007), pp. 201ff, referring to “Integral Life Practice workshops offered by Integral Institute.” Workshops are a standard feature of the commercial vogue for  “human potential.” The Wilber version of new age is called integral spirituality, the title of a book he wrote.

A presentation in terms of workshops and proclaimed spirituality invites strong analytical responses. The claim to spirituality is a widespread contemporary problem. This does not mean that spirituality cannot exist; however, the claim is no proof of authenticity or competence. 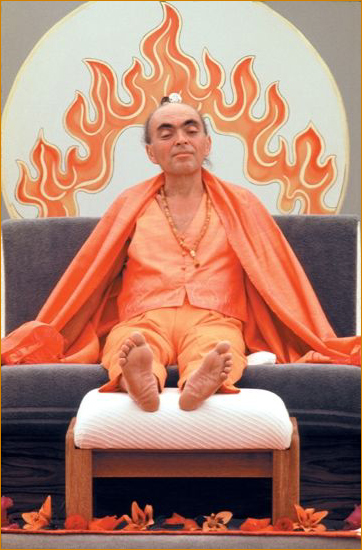 Ken Wilber aroused query when he supported the controversial American guru Adi Da Samraj (Da Free John) many years ago. That deceased entity became notorious as an antinomian opportunist. See Ken Wilber and Adi Da Samraj. Wilber modified his enthusiasm in that direction; he nevertheless continued to esteem the teaching of Adi Da. He also substantially assisted the profile of the “neo-Advaita” guru Andrew Cohen, regularly appearing via a dialogue feature in the latter’s popular magazine What is Enlightenment? The dialogue duo were rolecast as the guru (Cohen) and the pundit (Wilber). Cohen became the subject of strong criticism. An American Professor of Philosophy described Cohen in terms of being “in deep need of long term therapy.” See David C. Lane, Andrew Cohen Exposed (2009).

Many contemporary confusions relate to the subject known as “perennial philosophy,” which became popular in the 1960s and later.  Adi Da Samraj made some strong overtures in this direction, which critics found unconvincing, despite the trappings of “crazy wisdom” that supposedly proved legitimacy.

For long a promoter of perenniality, Wilber  eventually opted for a “post-metaphysical” exegesis. The fantasised subject of “perennial philosophy” has thrived in contemporary alternativism. Archaeology was obscured in Wilber’s book Up from Eden. Much academic literature on the history of religion is ignored by new age fads that look ridiculous, in view of omissions clearly discernible. This has been one of my own complaints. My citizen presentation has quite frequently resorted to scholarly and scientific  literature, which can supply information too often overlooked.

Ken Wilber is unusual for having defined his intellectual career in terms of successive phases. He has enumerated Wilber-1, Wilber-2, and so on. Wilber-5, concurrent with “integral post-metaphysics,” expanded his controversial Quadrant Theory, declaredly comprehensive. He affirms: “The Integral Approach involves the cultivation of body, mind, and spirit in self, culture, and nature” (Wilber, Integral Spirituality, 2007, p. 26).

Wilber has emphasised a spiritual altitude relating to “levels of consciousness” signified by spectrum colours. Via Integral Life Practice, Wilber partisans are supposedly participants in the favoured zone of turquoise to Clear Light. Critics require a more convincing exposition that does not lead to “workshops” and bizarre American gurus whose followers have so often defected.

In 2015, a Wilber partisan made a comment on the internet about my article entitled Ken Wilber and Integralism. “What a waste of time and energy from a nobody wanting to become a somebody.” This form of American elitism opted for zealous relegation of a non-American author. My first book was published in 1983. In the ideology known as Integralism, an author who criticises Ken Wilber (in annotated format) is a nobody deserving only contempt.

The accusation was also made in relation to the nobody being a “non-Realised” entity, the insinuation here signifying that a lack of “Realisation” precluded competent commentary. The elite requirements are evidently loaded against ordinary authors lacking sublime credentials that are not everywhere recognised. The vaunted Realisation Authors are as yet an unofficial category. Ken Wilber is supposedly Realised, therefore to comment on his output requires a similar metaphysical standing. This argument can become a source of amazement outside the Integralist zone.

The same Wilber partisan Somebody suggested that I should study the Freudian Oedipal Complex and deal with hatred of the father. I was on good terms with my father, who had nothing whatever to do with Ken Wilber. The new age Freudian diagnosis interprets criticism in terms of unmerited anger. This irrational strategy is employed to offset due criticism of commercial therapists, healers, channellers, and celebrity gurus. If you criticise those entities, then you are criticising your father, which means you must study Freud.

The Wilber partisan continued with his diversion: “Or realise something about an area that you clearly only have interest in journalistic commentary and negative, one-sided critiques rather than practice and Realisation” (verbatim quote from the aggressive Somebody Integralist). I am not a journalist, and do not have sole interest in that form of writing.

The disjointed Somebody verbalism here displays a fashionable pride in “Realisation,” a commercial slogan pervasive in the American new spirituality trend. The complacent belief in “Realisation” of practitioners is accompanied by an insidious endeavour to deny all possible criticism of exalted figureheads. Self-realisation is a facile theory misextrapolated from Indian philosophy, accompanied by a ham-fisted interpretation of other Oriental themes. Wilber chanted “You are Big Mind” to audiences seriously confused by Integralist lore. The Up from Eden format, the Beck-Wilber meme adventure in colour coding, the Guru and Pundit duo performance, the Theory of Everything, the elitist claim to Realisation, the Integral omniscience of Ken Wilber. To contradict these beliefs and strategies is sufficient for the critic to be relegated by Integralist lore as a nobody.

My criticism of Wilber, dating back to 1995,  preceded that of Visser, Meyerhoff, and others. This fact is obscured by Integralists, who prefer a blanketing  latitude for censorship in terms of “nobody.” The derogatory profile awarded by Integralism is now an issue. Integralism is a shallow vogue word of supercilious complexion. The constraining logic amounts to: “If you agree with us, you are Somebody; if you disagree with us, you are Nobody.”

Elitist American Realisers are juxtaposed with a controversial scenario. Cannabis is legalised in some zones, with much more drug recreation in prospect. Car crashes and other problems may increase. Many LSD enthusiasts (including academic Jungians) are keen to indulge in further hallucinations misleadingly described as spiritual experience. Ayahuasca (and rape) is also celebrated in new spirituality. Pornography is an ubiqitous tool of American commerce to reduce restraint. The extensive spread of sexual diseases is conveniently understated. Cocaine is still hugely popular amongst the affluent. Tablet drugs are regarded as a form of confectionery in widespread situations. The meaningless “perennial philosophy” is a hazardous vista of Huxleyan psychedelic indulgence.

The American “new spirituality” is  amenable to bizarre “workshops” and cults, flourishing in milieux where the victims can prove totally incapable of independent volition. Bearing in mind former trends at Esalen, the programme could too easily be: Drug the clients when they get up, keep them high all day, sell them expensive workshops in human potential and Jungian archetypes, a format designed to suspend all critical ability. The myth of de-Hinduised self-realisation means many dollars for entrepreneurs. Big Mind is a pretension of assumed status and commercial appetite. Narrow Mind is the outcome.

Wikipedia can be a gauge of  Narrow Mind. The Ken Wilber elitist clique, the Sathya Sai Baba sect, and the Meher Spiritual Center at Myrtle Beach, are diverse manifestations of an American superiority complex. Partisans of these movements effectively conspired in deletion of the Kevin R. D. Shepherd article on Wikipedia. Critics of elitist ideology are not allowed to surface on American media. American “neutral point of view” is suspect. Democracy is negated in new age fascism. A non-American (Irish-English) commentator was effaced by American “spiritual” exemplars. Identity eliminated, a feat also having the connotation of Get Integral (a Wilber maxim). American spiritual elite Somebodies are Big Mind, whereas the critics of inflated prerogative are just midget nobodies marginalised by  preening Integralist giants.

Despite Integralist innuendo, I am not actually a complete stranger to Realisation, a straitjacketed subject capable of extensions neither cognised nor accepted by Narrow Mind Somebodies. Hinduism is a complex field requiring due attention to detail and sources, as distinct from workshop lore and commercial slogans. The nature of “Realisation” admits of different explanations, some of which are unfamiliar to supposed experts in abused phenomena. There is almost nothing that can be said about this matter in the current climate of overbearing ignorance and “new spirituality” sales drive.

In 2003, an epistle on national patriotism emanated from the influential Institute of Noetic Sciences (California), a new spirituality bandwagon. This item was written by John White, the former literary agent for Ken Wilber books. His Open Letter to Americans about Integral Patriotism included the assertion: “God is the foundational and overarching reality of the cosmos, and America is a deliberately constructed reflection of that.”

Critic Ray Harris (of Australia) described the content of this Wilber-related manifesto as “political pathology.” Harris viewed with incredulity the Integralist belief: “America has led the way in bringing democracy to the rest of the world as part of the divinely inspired ‘American spirit’.”

The Integralist mandate of patriotism is here interpreted, by the Australian sceptic, as a form of nationalist complacency, misleading readers on key subjects like slavery and the Native Americans whose lands were stolen. For many years, the US government failed to pay due compensation to Native Americans. Harris detects a “fundamental dishonesty” in the American version of history, which is adapted to suit conservative and popular tastes.

Recent trends are also disconcerting.  The Trump administration created further havoc and misreadings of history. Racism is a discernible feature of American psychology. The global environment is wrecked as a consequence of technology and climate change (the full damage is only cognised by hard core ecologists, still very much a minority). Fake news is endemic to American society. A form of fake news is “Realisation,” a claim amounting to extensive delusion.

Meyerhoff, Jeff, Bald Ambition: A Critique of Ken Wilber’s Theory of Everything (Inside the Curtain Press, 2010).