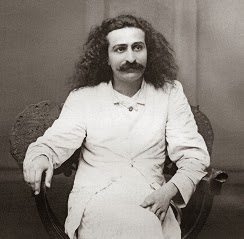 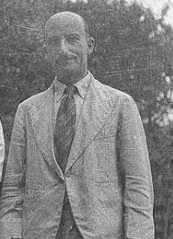 This presumed esotericist and hermetic philosopher also claimed to reach the end of the spiritual path. At one point, Brunton even called himself Jupiter Rex, signifying king of all the gods. His American secretary defected, becoming a follower of Meher Baba, who claimed the non-academic status of avatar (a Hindu word) from 1954 onwards. The Irani mystic is not associated with royal courts, technology, the British Raj, or Theosophy. He might nevertheless be relevant for study, a consideration which is perhaps even a necessity for the British sector as a foil to Brunton’s caricature. The literature on Meher Baba is now extensive; the primary sources do not include A Search in Secret India.
Bibliography at website article.
Bibliography of Works Cited Above
Brunton, Paul, A Search in Secret India (London: Rider, 1934).
——–The Hidden teaching Beyond Yoga (London: Rider, 1941).
——–The Wisdom of the Overself (London: Rider, 1943).
Masson, Jeffrey, My Father’s Guru: A Journey through Spirituality and Disillusion (London: HarperCollins, 1993).
Purdom, Charles, The Perfect Master: The Life of Shri Meher Baba (London: Williams and Norgate, 1937).
——–The God-Man: The life, journeys and work of Meher Baba with an interpretation of his silence and spiritual teaching (London: George Allen and Unwin, 1964).
Shepherd, Kevin R. D., Meher Baba, an Iranian Liberal (Cambridge: Anthropographia, 1988).
Kevin R. D. Shepherd
ENTRY no. 61
Copyright © 2021 Kevin R. D. Shepherd. All Rights Reserved.