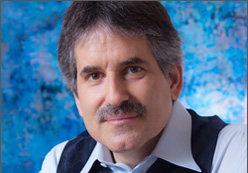 A recent disillusioned book, concerning the Western guru Andrew Cohen, is difficult to ignore in any assessment of the subject. American author William Yenner states: “No one knowingly joins a cult. I spent more than thirteen years following the American guru Andrew Cohen” (Yenner 2009:1). This vocation ended in a perception of “forced enlistment in the service of an individual bent on total control” (ibid).

Yenner is not the only witness here. The sub-title of his revealing book includes the phrase “former students of Andrew Cohen speak out.” The diverse contributors are clearly dissidents from former beliefs. Cohen’s website states that, in 1988, he founded EnlightenNext, “a nonprofit educational and spiritual organisation dedicated to pushing the edge of progressive culture” (ibid:6). To critics, the word “progressive” is one of the most suspicious words in the American (and English) language. In extensive usage since the early 1970s, that word still fails to convince.

The dissident book relates that Cohen consulted a lawyer to impose a five year gag order on Yenner, when the latter demanded repayment of a large donation (ibid:7). Yenner divulges that the information curtailed by Cohen was “my own firsthand experience of operating, managing and leading his [Cohen’s] organisation” (ibid).

Twenty years earlier, Yenner had first learned of Cohen. In 1988, he heard a glowing story of how Cohen had gained enlightenment (in 1986) at the hands of  H. W. L. Poonja (d.1997). This Indian guru claimed to have been enlightened by Ramana Maharshi (d.1950). Cohen’s mother expressed surprise that her son was considered transformed after only two and a half weeks of instruction (Tarlo 1997:80). Andrew Cohen thereafter spent two years teaching in England and Israel, returning to America after having gained over a hundred students (Yenner 2009:18).

Yenner quickly became a devoted follower, attracted by the Advaita Vedanta teachings employed by Cohen in his discourses. Those teachings are open to fluent duplication and distortion. There transpired to be no comparison with the example of Ramana Maharshi. Cohen’s community then numbered “approximately 130 people” (ibid:20). An increasing authoritarian policy emerged, with a proliferating code of punishments for supposed transgressions. Cohen became notorious for verbal lacerations of his students. Yenner now writes: “Of 130 of Andrew Cohen’s original students, 123 have left him, and Cohen has vilified almost all of them for having done so” (ibid:63).

Yenner became business manager, and one of the Board of Directors, at the 220 acre Foxhollow estate in Massachusetts, the headquarters of EnlightenNext. He was the only student to gain the privilege of living in Cohen’s house (apart from the latter’s wife). Entrance fees and donations became a hallmark feature of the proceedings, along with the confrontational severity. “Andrew referred to his updated version of ‘crazy wisdom’ – a teaching modality with centuries-old roots in some Eastern spiritual traditions – as ‘Acts of Outrageous Integrity’ ” (ibid:29-30). Critics consider American crazy wisdom to be an improvised attribute of extremists like Chogyam Trungpa and Adi Da Samraj, connoting a fashion in aborted mysticism.

Face-slapping and name-calling became routine at Foxhollow, along with bizarre punishments for those who disobeyed the purportedly enlightened American guru. One female victim had four buckets of paint poured over her head by ministrants of the guru’s displeasure. “She left the property traumatised and fell ill” (ibid:33), being further harassed by accusing phone calls at the guru’s instigation.

In the mid 1990s, Cohen encouraged donations to atone for mistakes. “Andrew now began attaching price tags to his forgiveness for perceived wrongs” (ibid:43). The ambitions of EnlightenNext required constant funding. The extraction of donations has been described in terms of “financial exploitation” (ibid). The coerced donations could vary from small amounts to 80,000 dollars. Yenner was a donor at this extortionate rate, which he later regretted.

After leaving the Foxhollow community in 2001, ex-devotee Yenner commenced legal proceedings. He did manage to retrieve his donation, a success which he describes as an unprecedented event (ibid:48). However, the attached gag order meant that he could not openly discuss Cohen community problems for five years, a period ending in 2008. These events were subsequent to his devotee efforts in which Yenner, for example, “began each day at 3 a.m. with a three-hour practice of one thousand prostrations before a photograph of Andrew” (ibid:53).

The book by William Yenner includes chapters about female students. Cohen is here revealed as being very harsh towards that contingent, one of whom wrote after leaving Foxhollow in 1998: “I was in a state of deep traumatic stress for months afterwards; I would wake up every night in terror, with panic attacks and thoughts of suicide” (ibid:76). The same victim states: “We attempted to pay for our ‘sins’ by contributing money to buy expensive clothes and floral bouquets for Andrew, which had for years been the standard way to buy forgiveness” (ibid:75). An even more discrepant episode is recounted of an elderly woman, who after being bullied on the telephone in 1999 by a shouting male student, “died with a broken heart and in a state of absolute inner terror and anguish” (ibid:84).

Another ex-devotee, Andre van der Braak, suggested that Cohen was projecting his anger towards his mother in situations proving adverse to the female students (Braak 2003:162ff). Certainly, the rift between Cohen and his mother Luna Tarlo has been considered significant. In 2008, a representative of EnlightenNext claimed, on Cohen’s behalf, that Tarlo had admitted to having “fictionalized aspects of her book for dramatic effect” (Yenner 2009:109, 133). The following year, Yenner interviewed Tarlo, who denied the claim of the Cohen camp, saying that she was prepared to go to court with her notebooks to defend the accuracy of her book (ibid:110). Tarlo also stated in the interview that her son was “responsible for destroying people” and for “damaging people” (ibid:117). She implicated the Indian guru Poonja in the train of errors.

William Yenner concludes that Andrew Cohen’s version of perennial wisdom “rests on a foundation of dishonesty, corruption and pernicious abuse of power” (ibid:149). Yenner also queries the position of celebrities who have endorsed Cohen, including Ken Wilber, Rupert Sheldrake, and Deepak Chopra.  The sector of “alternative thought” is clearly a deceptive prospect.

During the intervening decade since I wrote the above, Andrew Cohen has become more famous and more notorious. The controversial Cohen is a sad joke in some quarters. Reported excesses can cause astonishment (Catalog of Traumas and Abuses). Under mounting pressures, Cohen withdrew from his guru career, only to return afterwards with an obvious desire to resume teaching. The strategy has not escaped disapproval. Critics reflected that the ruse was successful to some degree.

Cohen is part of the neo-hippy misconstruction of India. His mother wrote: “In 1983, my son Andrew set off for India to seek enlightenment” (Tarlo 1997:7). Numerous other Westerners shared that intention, believing they could become Buddhas. Many of them fell prey to the most unlikely incarnations of wisdom. A soporific precedent to this afflicted quest was Richard Alpert (1931-2019), the 1960s LSD partisan who changed his name to Baba Ram Dass, in the fond belief that he had undergone a spiritual transformation. The floodtide of confusion still persists. Basic misconceptions may last for generations (or centuries), given the disinclination of many enthusiasts for due analysis.

Relevant details concern Cohen’s guru Poonja, the originating impulse for his exotic career. The supposedly enlightened Indian guru is reported to have told Cohen: “You don’t have to make any effort to be free.” The purported consequence of this suggestion is relayed in terms of: “Cohen instantly was free.” The disputed Poonja “assured Cohen that he was enlightened and urged him to help others achieve that state.” A setback occurred in this deceptive situation. Poonja subsequently “complained to others that Cohen was a delusional egomaniac” (John Horgan, Skeptical Writer Meets a Cult Leader). The misleading ideological derivative known as Neo-Advaita is attributed to Poonja and his followers. Poonja is said to have permitted hundreds of admirers to believe they were enlightened.