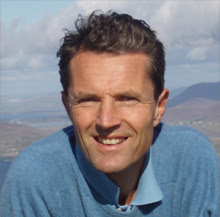 David Lorimer edited a book (published in 2011) that was widely celebrated in the new age. The New Renaissance had arrived, reflected in the title. Science and society would be transformed by the SMN heroes (even “Spirit” would be changed by their genius). The contributors included stock names in the “new spirituality” repertoire, such as Ervin Laszlo, the Grof supporter Richard Tarnas, Larry Dossey, Rupert Sheldrake, and Peter Russell. The Prince of Wales was also represented in this SMN overture against “orthodox” science. His royal entry was entitled “Restoring Harmony and Connection: Inner and Outer.”

An underdog wrote to the office of the Prince of Wales concerning a relevant matter. My late English mother (Jean Shepherd) did not receive a reply. She had formerly thought highly of the Prince. Now came the reluctant admission: “I was wrong. He is unreliable, like all the other new age superstars.”

Complaints and ethical factors meant nothing to royalty or the SMN. Management errors in new age organisations are condoned. Objectors to drug use can be ignored. The high caste English customarily trash unprivileged citizens. The English elite did the same in Ireland (my father was Irish), where their colonial crimes will never be forgotten.

The SMN maintained public access for six years, at their website, to the influential American pro-LSD article of Grof disciple Christopher Bache. My mother’s disputing anti-LSD article was not permitted on this media, the SMN online promotion being completely one-sided. Psychedelic perinatal fantasy is no recommendation for SMN “new world values.” Drugs are the fashion in a decadent society (cocaine is the predominant middle class drug indulgence in Britain).

The New Renaissance was advertised as an SMN production, being edited by two SMN members, with some other SMN members amongst the article contributors. The auspices are beyond dispute.

The Prince of Wales effectively endorsed the SMN, thus proving compatible with the psychedelic exponent Richard Tarnas, a fellow contributor to the SMN handbook. In contrast, Jean Shepherd had declined the SMN video circuit of persona and prestige, where vainglory outweighs ethical priorities. Unlike the affluent new age jet set, she had never been on an aeroplane. Moreover, she had never driven or owned a motor vehicle. In contrast, the giant carbon footprint of the Findhorn Foundation, SMN, and British Royalty is not a remedy for climate change.

The screened female dissident had vivid memories of the 1990s Findhorn Foundation, a close affiliate of the SMN. Jean Shepherd related how Dr. Grof would not respond to her letter of complaint when both of them were in the Findhorn vicinity during the early 1990s. The commercial elite must not be criticised, even if they charge £415 for hyperventilation sessions causing acute stress and shock symptoms in many women. Only the fee counts, not the aftermath.

The founder of Grof Transpersonal Training Inc. was notorious for dosing clients at Esalen with LSD and MDMA. The psychedelic hierophant Stanislav Grof was a neo-Jungian archetype of self-discovery. Drug dosage was a means of controlling and hypnotising clients. Such projects thrive in the complete absence of critical ability.

Psychedelic hallucination was the ultimate reality for deceived and deluded clients who became converted to the drugs lobby. This scenario had economic dividends for the new age impresario David Lorimer. More audience for seminars, more subscriptions, more American donors. The Prince of Wales was a high status feature in New Renaissance publicity of 2011.

The archetypal pretension of “death and rebirth” (a commercial Grof theme) was endorsed by the SMN at an influential Cambridge seminar in 1995. The seminar was named Beyond the Brain, this being the title of a book by Grof. The exotic neo-Jungian perinatal mythology was treated as fact by victims of drug dosage and hyperventilation. They were “reborn” as client initiates of Grof Transpersonal Training Inc. The reckless Cambridge seminar, arranged and led by Lorimer in university precincts, created a wave of Grof archetypal speak amongst affluent English middle class subscribers to the confusing new age. These fans were now helplessly confused victims of LSD lore as mediated by Grof. The brain was effectively obscured by putative archetypes. The beliefs of Lorimer were influential, assisting the Ken Wilber craze and the American drugs lobby.  At one period, Lorimer was blind to deceptions of  neo-Advaita guru Andrew Cohen, though afterwards admitting that he had made a mistake.

Fans of Ken Wilber slavishly copied his eccentric colour code doctrine. The “integralist” Wilber particularly disliked green, meaning ecologists who lacked the transcendent spiritual heights which he claimed for himself. He was a turquoise enlightened integralist of epochal stature. The Dalai Lama was a midget by comparison, Wilber implied. Videos of Wilber integral discourse preached such altitude as “You are Big Mind.” There are still many confused victims of the Google video boom. Wilber regarded the exploitive guru Andrew Cohen as a facilitating authority for his own spiritual genius and integral vision. One of the punishments Cohen devised for dissidents was to have paint poured over the head in a gesture of contempt.

Beyond the Brain transpired to be a long-term SMN seminar investment, completely ignoring sidelined issues. Dr. Grof was still appearing as an SMN-hosted speaker in 2018. His celebrity was revered, his victims consigned to oblivion. The SMN here glowingly advertised Grof as “a psychiatrist with more than sixty years of experience in research of non-ordinary states of consciousness.” No mention is made of relevant criticism. The victims of “non-ordinary states” included the experimenter’s own wife and many terminally ill patients whom he subjected to LSD terrors in the guise of “transformation.”

Grof describes how his patients, dosed with LSD, “spent hours in agonising pain, gasping for breath with the colour of their faces changing from dead pale to dark purple. They were rolling on the floor and discharging extreme tensions in muscular tremors, twitches and complex twisting movements…. there was often nausea with occasional vomiting and excessive sweating”…. Transpersonal torture was Grof’s obsession…. At Spring Grove Hospital a total of one hundred patients were pressed into the LSD torture programme which Grof called “research,” though criminal license  is probably a more scientific description…. Grof was enthusiastic about his patients having “vivid destructive and self-destructive experiences” which “involve bestial murders, tortures of all kinds, mutilations, executions, rapes, and bloody sacrifices.” These LSD experiences were interpreted by the Jungmaniac as life/death struggles on the way to spiritual peace. Grof should have been certified as a public menace, but was instead  endorsed and glorified by both Esalen and SUNY…. Grof’s wife was another casualty. Joan Halifax “had a major nervous breakdown due to LSD usage” while still married to Grof. Stories about safe dosages should be ignored, or rather castigated. (Shepherd 2005:13-14)

In New Renaissance medicine, LSD application may become compulsory at the command of transpersonal bullies. Hospitals might become playgrounds for budding psychedelic researchers keen to prove how much torture any one patient can endure before transformation at death, resulting in spiritual peace. Non-ordinary states of consciousness include agonies so intense that these would be prevented in any sober curriculum. “Beyond the brain” sadism is a shocking subject.

In another direction, the Findhorn Foundation were primary subscribers to SMN agenda. An early instance of dysfunction at this location was child abuse; the strongly alleged culprit was an American practitioner of NeoReichian therapy. The Foundation management denied any problem; the “allegation” was suppressed (Castro 1996:53-54). However, other persons were aware of what really happened. My mother was on the spot and heard details from those who feared the Foundation bullies. David Lorimer subsequently ignored the bullies in various reported situations, turning a blind eye to all discrepancies. Subscriptions were the priority; ethical concerns were adroitly disqualified as a nuisance. Flashy videos became the SMN hallmark of sustained incompetence and aversion to the truth.

The Findhorn Foundation management were so empowered by condoning BBC publicity, and the mercenary SMN, that they gained the reputation of tyrants amongst those more familiar with events. The Elgin police eventually found themselves prohibited from entering Foundation precincts. The New Renaissance will severely handicap police investigations, discrepancy being too remunerative for the controlling elite. New Renaissance organisations are averse to contraction of their subscriptions, donations, and media profile.

In New Renaissance lifestyle, quack science and alternative medicine will reign supreme under auspices of “love myself,” “transformation,” “planetary healing,” and related contrivances of the commercial elite. Suicides of Findhorn Foundation subscribers might too easily be explained away as “transformational death.” Acute psychological problems, of nearby hospitalised victims, could be sanitised in bully lore as a healing process for the purpose of “being already who you really are.” Another key phrase of casualty is “celebrate your individuality.”

In the New Renaissance, the police must obey orders from the divinely appointed community founded by Eileen Caddy. Pursuit of funds will justify anything. Child abuse could too easily be explained away by archetypal theories of transpersonal dionysian energies amounting to Who You Really Are. Paedophiles might even be knighted by the New Renaissance, in the absence of any agency to check upon dysfunction within charity status organisations. Critical assessors will merely be “judgmental,” of no relevance to funding, status credentials, and misinformation. 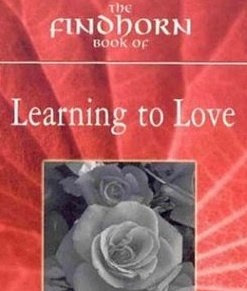