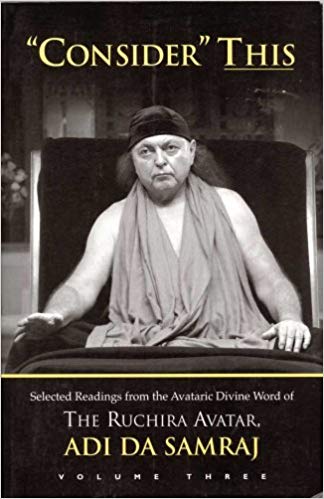 In an earlier post Pseudomysticism and Cults, I reflected on some recent events that are now causing widespread concern. The subject of “cults” has invited considerable attention from sociologists. An associated topic, that of proclaimed “spiritual teachers,” is pressing.

The phenomenon of cults has been attended by different arguments. For example, some Christian fundamentalists in America have railed against virtually any deviation from their own doctrine, implying the competitors to be “cults.” So we have to be careful in applying the evocative term “cult” to any grouping or organisation unless there is strong reason to do so. The stigmatised “cult” might merely be an inoffensive or eccentric religious sect or movement with no record of bad behaviour.

Suspect organisations are an intermediate category. These groupings may not be in any bracket of religious affiliation or sectarian identity. Nevertheless, they may operate in ways that arouse suspicion as to their validity, and as to the nature of their professed abilities. One example of this is the Findhorn Foundation, an NGO advertising their claims of a spiritual education alongside an ecovillage facility. Unfortunately, their long-term treatment of dissidents does not encourage unqualified acceptance of the promotionalism. Even known membership details of a major stigmatised victim have very recently been denied by the management tactics. See Denial of Membership (2009).

Certain Indian gurus, some of them deceased, have become the focus of allegations and controversies. Swami Muktananda, Sathya Sai Baba, and Sri Chinmoy are by no means an exhaustive listing in that respect.

Some Western gurus or “spiritual teachers” are a converging subject of grievance, their disaffected followers  reporting discrepancies and abuse. Some say that this phenomenon is of more immediate relevance in Western countries. In particular, the names of two Americans are becoming well known: Adi Da Samraj (1939-2008) and Andrew Cohen. The exotic name of Adi Da is just one of the titles assumed by Franklin Jones, alias Da Free John. He claimed a unique spiritual status. However, his role has been strongly repudiated by disillusioned followers. The [formerly online] Adi Da Archives is critical:

Adi Da was considered a controversial figure due to persistent accusations that he was having sex with large numbers of devotees, drinking obsessively, abusing drugs, engaging in incidents of violence against women, and financially exploiting his followers. He rationalised all this as his way of teaching people, claiming his behaviour was selfless service designed to quicken the spiritual development of devotees by reflecting their own tendencies back to them….

The inner circle was perhaps the most critical piece of infrastructure Adi Da developed to enable his decades-long pursuit of every kind of fulfilment for himself at the expense of others….The inner circle’s mission, amongst other things, was to hide what they could of Adi Da’s indulgent personal life, abusive treatment of others, and psychological issues. What they couldn’t hide, they explained away as his method of spiritual teaching, tantric practice, or ‘crazy wisdom.’

The problem of “crazy wisdom,” plus other extremist attitudes, is sufficient to merit close investigation. Incredulous critics often ask how the victims could ever become involved with predatory figures who cause such disillusionment. The fact is that such involvement has been occurring extensively since the 1970s. Obviously, the mechanism of deception requires attention, a drawback being that this can be kaleidoscopic in the range of manifestations achieved.