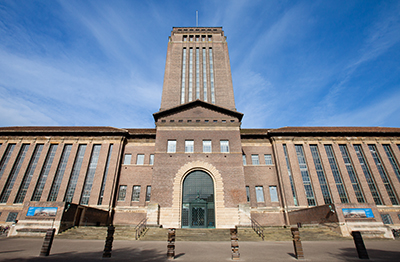 The citizen version of analytical philosophy does not necessarily converge in all respects with the academic equivalent. The former  may occasionally sound a note of innovation.

Contemporary academic philosophy was not sufficient to contain my interest during the 1970s and 1980s. In my own citizen instance, an investigation of interdisciplinary matters soon developed, while retaining a close interest in “philosophical problems” and innovative analytical formats. The social sciences and the history of religions now furnish so much data that to ignore these is a mistake.

Further, the history of religions to some extent converges with the history of philosophy, in that certain minority repertories (e.g., the Islamic falasifa) are closely related to (though not by any means identical with) religious sociocultures. The same considerations apply to Jewish philosophers of the medieval era, a category who frequently lived in Islam-dominated environments.

In my own case, the field of philosophy is not limited to modern Western philosophy (and the preceding Schoolmen), but extends to the more inclusive panorama of classical Greek and Islamic phases of the phenomenon. There is a basic three tier cross-cultural investigation involved, becoming rather more complex when various extensions are admitted. In this inclusive approach, there is ample room for the “problems” and “language” factors, not always arising in the format anticipated by contemporaries.

Three tier presentation is conventionally credited, a well known instance being Bertrand Russell’s History of Western Philosophy (1946). Russell covered the Greeks, Christian exponents and Schoolmen, and the moderns. There was only a brief chapter on the Muslim counterparts and a fleeting reference to the medieval Jewish contribution. Scholarship in such neglected fields has grown substantially since the 1940s; the history of philosophy has to some extent changed contour.

The inclusive approach does require some basic study. When I commenced this form of “doing philosophy,” I did not grasp the extent of the study materials involved. That emerging problem caused me to undertake private research at Cambridge University Library. My preliminary work Meaning in Anthropos (1991) was composed in 1984. Conventional philosophy was there juxtaposed alongside data from social science, the history of science, and the history of religions.

I do not claim to have charted anything definitive, only to have pursued a strong interest anchored in library studies undertaken at my own expense in Cambridge over a twelve year period. There was no official grant available for such an unorthodox interdisciplinary project.

I have described my early Cambridge endeavour as interdisciplinary anthropography, a cumbersome phrase which I prefer to abbreviate. The endeavour is distinct from ethnography. I have also referred to the ongoing approach under discussion in terms of a philosophy of culture, a more readily assimilable concept, even though it may comprise a simplification of the project denoted. See also my web article Aspects of Citizen Philosophy (2009).

Standards of culture are diversely reflected in religious, political, and educational formats, for better or for worse. Definitions of culture have varied in social science. Philosophical definition is still in the offing. I believe that culture is a more pressing yardstick than society or language, despite the relevance of the latter terms.