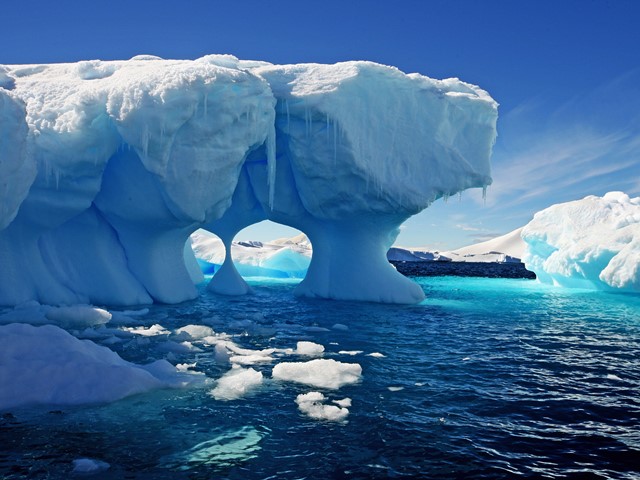 Misconceptions about the subject of climate change still abound, so frequently assisted by the fossil fuel lobby and too many evasive politicians. Denialists of climate science have many crimes of deception to answer for over a period of more than half a century.

An acquaintance of mine once encountered an American executive in the oil industry. When challenged on the subject of  global warming, this executive acknowledged that the climate was altering. However, he would not concede that human activity was the cause. Moreover, he could not see any reason for oil companies to change their policy by investigating alternative energy sources. The reason being that huge profits were made from oil production. When confronted about melting polar ice caps, the executive stated that oil companies were pleased about the Arctic ice cap receding; his own company could now drive drilling equipment straight into the rock without having to remove the ice layer. There was no expression of conscience about the repercussions of this exploitation.

The oil companies substantially assisted to precipitate the climate of weather extremes. Nothing else matters to them but their accumulating wealth and sales drive. Certain of these predators even covered up their own research revealing the drawbacks of their activity.

The costly fuel is purchased by compliant consumers who race at breakneck speeds in corroding metal frames poised on wearing rubber tyres. They can often be seen holding mobile phones close to their ear as they drive around in their technological chariots. Too many of them play extremely loud music on car radios that defy normal standards of public nuisance. The British police give unheeded warnings that the combination of car radios and mobile phones is deadly, being the root cause of many accidents on congested roads where almost everyone drives too fast.

The West Antarctic ice sheet is one of the regions currently under close scientific scrutiny. Thwaites glacier is a potentially very serious problem. This polar zone is contributing about 25 percent of the annual global melt in land-based ice, a phenomenon which has increased, confirming some earlier warnings generally ignored. The West Antarctic ice sheet “is particularly precarious in the face of a warming climate and ocean currents, because it is grounded hundreds to thousands of feet below sea level.”

Relevant findings were contributed by an international team involving the Technical University of Denmark and Colorado State University. One conclusion here was that glacial isostatic adjustment may slow the demise of the West Antarctic ice sheet “by lifting up the bedrock and sediments beneath the ice sheet.” The uplift is occurring with abnormal speed, a type of process that  would normally occur over thousands of years. According to Professor Rick Aster, if future global warming is extreme, the entire West Antarctic ice sheet will melt whatever else happens.

To keep global sea levels from rising more than a few feet during this century and beyond, we must still limit greenhouse gas concentrations in the atmosphere, which can only occur through international cooperation and innovation. (Quote from Aster, Rising Bedrock)

There is no sign of a slowdown. For many years, the dramatic retreat of ice sheets was commonly regarded as a myth. The sceptics of climate change fooled the world. The required international cooperation is hopelessly missing. Countries like America and Russia innovate distractions from the necessary directives. Future calamity is now certain, not the fantasy that many tycoons have invented. Many helpless people are already paying with their lives for the dire cost of capitalism and resource exploitation.

There is now a new industry for the consumer. Many writers on ecology have favoured various forms of “green” merchandise supposedly creating utopia. Like the “ecohouses” of the Findhorn Foundation, everything has a price in the new age of eco-commerce. The more affluent the client, the more he or she might have to pay the entrepreneurs. Like other houses, the “eco” variety can be resold for a profit. I have critically referred to this scenario as ecobiz, dating back to my book Pointed Observations (2005, see the index p. 415). The word Ecobiz has been used in a more glorifying sense by industry and business concerns.

The current situation has been deceptive for fifty years. One impediment is the new wave of green business consultants, who have invented such beliefs as: “We will save the biosphere by adopting nuclear energy, GM crops and geoengineering” (Channel 4’s convenient green fictions).

Other problems were created by misleading journalism, which has shown an alarming ability to misread and distort environmental issues. Some years ago, a British daily newspaper hosted a diversion which the more responsible George Monbiot duly addressed. The misinformation extended to the subject of water vapour, alleging that cyclical changes in vapour may account for much global warming in the twentieth century.

Due analysis has described this misconstruction as a classic denialist argument created in the early 1990s. The error was dispelled by a NASA satellite measuring water vapour. The changes caused by accumulation of carbon dioxide are the root cause of water vapour feedback. Water vapour is a more potent greenhouse gas than carbon dioxide, but does not increase or change unless carbon dioxide precipitates the damaging atmospheric processes. Warming from CO2 emissions causes more water to evaporate from the oceans and collect in the atmosphere, thus producing an even larger scale of warming.

The same erring media source asserted that the British Met Office website showed how global temperatures were flat for the past fifteen years. Monbiot observed in contradiction: “All the datasets, including the Met Office/CRU figures show that the current decade is the warmest in the instrumental record.”

Too many media reports about climate change, during the past forty years, were imbecilic. The yardsticks employed were too often those of corporate business and complacent high salary politics. In view of the extensive scale of climate problems, the current civilisation can easily be regarded as the worst one in history. Whatever the glaring flaws in former societies, none of them could achieve anywhere near the damage provided by contemporary feats of manic corporate capitalism in the “march of progress.”

On the subject of nuclear power, Greenpeace stated many years ago: “Despite what the nuclear industry tells us, building enough nuclear power stations to make a meaningful reduction in greenhouse gas emissions would cost trillions of dollars, create tens of thousands of tons of lethal high-level radioactive waste, contribute to further proliferation of nuclear weapons materials, and result in a Chernobyl-scale accident once every decade.”

In 2010, American environmentalist Rick Piltz observed: “During the past two years, the global warming denial machine has launched a nihilistic, take-no-prisoners war on climate science and climate scientists that makes Bush officials seem tactically subtle and rhetorically nuanced in comparison.” The bizarre persecution of climate scientists by Republican Senator James Inhofe proved something about a retrogressive political mentality. Inhofe stated, in the Senate, that global warming is a hoax. His book The Greatest Hoax (2012) was a milestone in misinformation. Inhofe is reported to have received money from the oil and gas industry. Cyclones can now hit 195 mph, and will get stronger. They will not slow down to please the anti-scientific Republican hoaxsters.

What we face today also includes members of Congress and other politicians, plus an army of lobbyists and political and propaganda operatives, who are essentially acting as agents for corporate interests and right-wing anti-regulatory radicalism. And the [American] blogosphere is awash in science-ignorant attack dogs who appear to take lessons from thugs. (Rick Piltz, “Today’s War on Climate Scientists,” 2010)

Science journal reported a crisis (R. A. Kerr and E. Kintisch, “Climatologists Feel the Heat as Science Meets Politics,” 17/12/2010). In 2000, George W. Bush pledged to regulate CO2. However, when he became President of America in 2001, he refused to sign the crucial Kyoto Protocol which 187 countries had ratified three years before. The Republican Bush Administration became notorious for downplaying and evading the actual and potential effects of climate change. The subsequent Republican dismissal of  climate science was even more extremist. The Trump administration withdrew from the Paris Agreement while relaxing former restrictions on industrial activity. The anti-scientific stance, of conservative billionaires, is poison.

America, Russia, and China are not the only vandals in terms of carbon dioxide pollution. The new threat from Canada, formerly a minor contributor to climate change, is substantial. Canada needed to cut CO2 emissions only 6% by 2012. Instead, the Canadian emissions rose over 25% by 2010. This setback was caused by big business exploitation in Alberta. Mining the tar sands is an ecological disaster. The tar sands have to be extensively refined to produce crude oil. The general mess is a major strike at nature and non-corporate humanity. The many adverse consequences include “mutated fish, poisoned food, and unusual diseases.” Such drawbacks mean nothing to the relentless purses pocketing the profits. Several of the world’s biggest oil corporations are involved, including ExxonMobil. The anticipated economic gains are impaired.

The tar sands project is described in terms of the largest and most destructive industrial project in human history, attended by long term ecological risks.  The invading oil companies (including the Canadian business Suncor Energy Inc.) have replaced the traditional lands of Indigenous peoples with mines covering an area larger than New York City. The mines have continued to expand. Some lawyers have described the Alberta tar sands as a prime example of ecocide. Collectively, the intruding mines create toxic emissions roughly equal to 21 coal fired plants, meaning just to extract crude oil from the ground. The operation consumes vast quantities of water, which becomes toxic, leaking into groundwater via waste ponds. Those contaminating ponds now cover more than 100 square miles (Tar Sands Destruction), or 260 square kilometres.  The ponds contain a trillion litres of sludge comprising toxic chemicals. A corrupt “regulating” process in Canada is concerned to assist corporate projects. The commercial and administrative mindset can be compared to tar disease.

In global terms, ecological sanity is severely offset by corporate greed. Due public education is much too late. Realism is alien to the international consumer society, which substitutes distractions at every turn. In November 2020, a climate poll launched by Shell (on Twitter) backfired as the consequence of strong protests at the long term policy of Shell.

COP26 (Glasgow 2021) was a dismal failure of politicians. The pervasive influence of the fossil fuel lobby was evident. Excuses and missed deadlines were attended by interminable apologist rhetoric. Indigenous peoples were typically marginalised. The pathetic resort, to a plea of success in COP26 operations, is proof of political incompetence and corporate interests.

A very unpleasant factor is commonly ignored. Global populations will have to live through the hell created by their indifference to scientific warnings made over several decades, since the 1970s. The blithe political talk about electric cars, and a 2050 carbon free deadline, does not cope with the facts. The oceans are poisoned. The polar regions of this planet are severely affected by climate change. The consequences will be shattering.