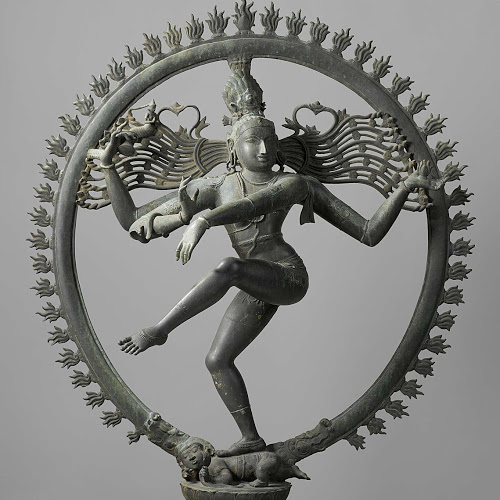 Indian philosophy is a variegated phenomenon. Clarifications are needed in this field. One is faced with several types of Indian philosophy in the historical record. For instance, there is the early Upanishadic phase, and the subsequent growth of Hinduism associated with the darshanas or “six systems of philosophy,” including Vedanta and Sankhya. Moreover, Buddhism and Jainism were rivals to the Hindu religion over many centuries, though eventually losing ground (Shepherd 1995:389-825).

Complex reactions in the medieval period are not traditional Hinduism at all, but something quite different. I am referring here to the Sant (bhakti saint) phenomenon and the creation of Sikhism, trends which were strongly opposed to caste practices. There was a very substantial gulf between the common people and elite custodians of Sanskrit texts.

A conventional classification for “Indian philosophy” is that of classical brahmanical systems of exegesis. The differences of interpretation are substantial amongst traditional commentators. For instance, Vedanta is divided into rival schools. There is a current need to survey other more recent contributions to Indian thought.

Three diverse figures, active in the introduction of Indian philosophy to the West, were the university scholars Friedrich Max Muller and Sir Sarvepalli Radhakrishnan, also the Vedanta interpreter Swami Vivekananda (1863-1902), who established a monastic order.

Professor Max Muller (1823-1900) effectively became the founder of comparative religion, in the sense of a scholarly discipline. His major achievement is considered to have been his editorship of Sacred Books of the East, a fifty volume series encompassing diverse religions, published during the period 1876-1904. That milestone series was published by Oxford University Press. Academic studies of Indian religion became known as Indology.

Max Muller was a Professor at Oxford University. He early studied in his native Germany with the philosopher Friedrich Schelling (1775-1854), at whose request he translated passages from the Upanishads. Muller became one of the pioneers in RigVeda studies (along with Horace H. Wilson). The Rig is an ancient text of religious significance, but not directly related to the six systems of Indian philosophy. Rig poetry is generally dated to the period c.1500-1000 BC, centuries before the formulations of Sankhya-Yoga, Nyaya-Vaisheshika, plus the Vedantin and Mimamsaka texts. The six systems gained orthodox stature in high caste brahmanical religion. In one of his best known works, Muller comments:

In India we have indeed ample materials for watching the origin and growth of philosophical ideas, but hardly any for studying the lives or characters of those who founded or supported the philosophical systems of that country…. Of Kapila, the supposed founder of the Samkhya philosophy, of Patanjali, the founder of the Yoga, of Gotama and Kanada, of Badarayana and Gaimini, we know next to nothing, and what we know hardly ever rests on contemporary and trustworthy evidence.  (Muller 1899:1-2)

Professors Surendra Nath Dasgupta (1887-1952) and Sarvepalli Radhakrishnan (1888-1975) are perhaps the two best known Hindu commentators. Dasgupta studied and lectured at Cambridge; he composed a five-volume History of Indian Philosophy (1922-55). Radhakrishnan composed his two-volume Indian Philosophy (1923-27), another famous work that became widely cited, the author becoming celebrated at Oxford. These works are not  exhaustive in a field where many factors are debated.

The Dalit Reaction and New Buddhism

A major discrepancy in Hinduism was the severe relegation of “untouchables” (Dalits) over many centuries. These people were afflicted by an acute segregation complex cultivated in high caste circles. The extent of twentieth century (and later) violence against Dalits has shocked other nations. 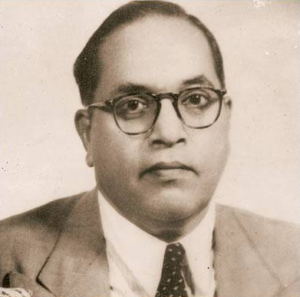 A sophisticated Dalit spokesman was Dr. Bhimrao R. Ambedkar (d.1956), who campaigned against high caste oppression. An erudite man, he acquired a vast collection of books. He became the first Law Minister of independent India and drafted the new Constitution. At the end of his life, Ambedkar converted to an innovative form of Buddhism, known as Navayana or New Buddhism (also called Dalit Buddhism). He influenced large numbers of Dalits to similarly convert from underdog association with Hinduism. Buddhism was regarded as the route to equality, evading the caste system. Navayana is mainly found in Maharashtra (Ambedkar’s native state) and Uttar Pradesh.

Ambedkar wrote The Buddha and His Dhamma (1957), published soon after his death. This book became regarded as Navayana scripture. Ambedkar was in disagreement with the Hindu version of karma, which endorsed the caste system. “There is no doctrine in the Buddha’s Dhamma which has created so much confusion as this doctrine of Karma” (Ambedkar 1957:337).  Ambedkar found the Hindu version of karma inconsistent with the Buddhist doctrine of no-soul. He approved the Buddha’s teaching: “Reap as you sow” (ibid:338).

The radical development of contemporary Indian Rationalism, to some extent allied with Western science conceptualism, is very critical of traditional religion and attendant superstitions (Quack 2012). Leading rationalists have been tragically murdered by Hindu fundamentalists. The victims include Narendra Dabholkar (d.2013) of Maharashtra and Malleshappa M. Kalburgi  (d.2015) of Karnataka.

Indian Rationalism has tended to claim the Charvaka (Lokayata) tradition as one antecedent. This refers to a materialist outlook rejecting authority of the Vedas. Lokayata was originally one of the ancient shramana movements opposing Vedic doctrines of the priest (brahman) class. The early history of this dissenting tradition is obscure; a complex reconstruction has been ventured (Chattopadhyaya 1959). There are no surviving independent works describing the heterodox Charvaka philosophy, a factor making analysis more difficult. Some Rationalists see their origins in more general terms of a reaction to priesthood from Buddhism, Jainism, Lokayata, and medieval sants (saints) like Kabir and Tukaram. The relevance of reformers like the shudra  Jyotiba Phule (d.1890) is keenly acknowledged.

A more comprehensive definition refers to Indian Rationalists perceiving “as their roots the materialistic and nastika (non-Vedic, heterodox) streams of Indian philosophy (especially Lokayatas or Charvaka) and aspects of the bhakti movement in India. They also stress their intellectual roots in and continuity with the European enlightenment and specific antireligious movements in Europe and the United States from the 18th century until today” (Quack 2012:9). 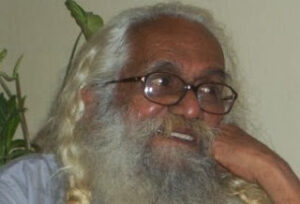 The innovative Rationalist exponents have included Basava Premanand (d.2009), Narendra Nayak, and Sanal Edamaruku. Teaching a scientific scepticism, they became noted for criticism of deceitful “miracles” devised by presumed holy men who profit from mass credulity. The Indian Rationalist Association, founded in 1949, is one branch of the disputing phenomenon. The hate campaigns of fundamentalists have led to much public support for the dissidents.

Rationalists like Basava Premanand found that fraudulent healers and magicians were an extensive problem in rural India. The distinctive activity of Premanand featured dramatic confrontations with capricious holy men, including the famous Sathya Sai Baba (d.2011). More generally, the Rationalists located numerous deceivers in different regions of India. Some alarming malpractitioners stopped at nothing to achieve their ambitions. As a consequence, a new law was passed in Maharashtra to combat human sacrifice, black magic, and other extremist problems. The predatory “miracleworkers” included the tactic of “psychic surgery” in their ruse to deceive the gullible. The constraining law was passed in 2013, being known as the Maharashtra Prevention and Eradication of Human Sacrifice and other Inhuman, Evil and Aghori Practices and Black Magic Act.

This Act was originally drafted in 2003 by the Rationalist Narendra Dabholkar, who was subsequently murdered by conservative religionists. The Act has continually been diluted as a result of interference from fundamentalists.  The criminalised actions include “assault, torture, forced ingestion of human excreta, forced sexual acts, branding etc on the pretext of exorcising ghosts from an allegedly possessed person.”

The reference, in the Maharashtra Act, to a component of Aghori practices, is associated with a sect of Hindu holy men who worship Shiva as Bhairava, a Tantric assimilation associated with death. These sadhus drink from human skulls and are reported (at least in some cases) to favour a combination of alcohol and cannabis for the purpose of gaining samadhi. They have the notorious repute of practising cannibalism (to an extent very difficult to determine). Their perspective is said to be one of ignoring any differentiation between opposites. This seems to be a misconception concerning a state of “enlightenment” believed to transcend opposites. Such beliefs can easily produce aberrations. Some scholars view the Aghoris as descendants of the Kapalikas, an extremist sect of former centuries. The Aghoris are actually a small grouping; however, bizarre Tantric ideas have percolated widely in Hindu society.

The Kapalikas left no texts of their own; reconstruction of their activity is not comprehensive. The medieval Vedantic exponent Shankara seems to to have been strongly opposed to them, if the legendary biographies (centuries later) can be relied upon (Lorenzen 1972:31ff). The Kapalikas (“skull men”) possibly date back to the fifth or sixth centuries CE, and were apparently extinct by the fourteenth century. They reputedly carried a human skull as a begging bowl. Critics accused Kapalikas of propitiating Bhairava by means of human and animal sacrifice. The human victims were believed to serve as a means of redemption for transgressions of the sacrificers.

Kapalikas esteemed the eight siddhis (magical powers) associated with Shiva, powers which they believed were in the offing via eccentric practices (including ritual sexual intercourse). Kapalikas were wandering ascetics, not monks in monasteries. Some of them (possibly many) were low caste shudras in revolt against the caste system. Shudras were kept in subjection by the priests; they were denied literacy in their role as menial servants and labourers. This working class were evidently trying to compensate for the straitjacket existence imposed upon them by religious tradition.

Olivelle, Patrick, The Asrama System: The History and Hermeneutics of a Religious Institution (Oxford University Press, 1993).