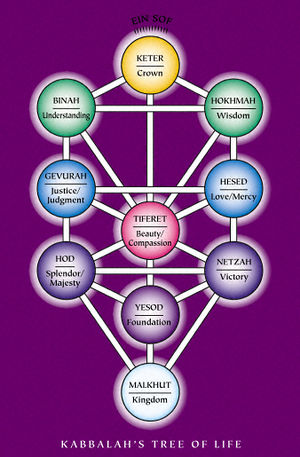 In relation to Spinoza (d.1677), his contemporary Leibniz (d.1716) reported the former’s belief in “a sort of Pythagorical transmigration” (Klever 1996:47). This report, tending to be ignored, is sometimes dismissed as an exaggeration. Due reflection is appropriate.
The Leibniz reference can invite associations of Neoplatonism, and also Kabbalist gilgul. However, a substantial problem with the latter subject is the wide variation of Kabbalist belief. Gilgul or transmigration was a common Kabbalist theme, emerging in many writings of the fourteenth century and later.
The Sefer Ha-Bahir is associated with Kabbalist thought. The complexities are pronounced. “The literary production and kabbalistic recension are the products of unidentified circles of medieval, European esotericists” (Sefer Ha-Bahir). The anthology, formerly believed to have appeared in Provence, is now described in terms of Ashkenaz. Many writers contributed to this text in an ongoing process of editing. The Bahir gained a canonical status amongst Kabbalists in Spain from the thirteenth century.
Ashkenaz is “a geographical and cultural category,” identified with the Rhineland in south Germany, where Jewish pietists were active from the late twelfth century. The Ashkenaz activity was distinct from Provencal Kabbalah and the Catalan or Castilian version (Idel 2011:4).
The Bahir refers to transmigration only in relation to the bodies of men, not to animals. Other early texts refer to transmigration as occurring in all forms of existence, while another theme is that human souls reincarnate into animals. These concepts are also found in other religious and philosophical traditions. The Bahir corpus indicates that transmigration may continue for 1,000 generations (see Scholem, Gilgul). Yet some Kabbalists believed that a soul may reincarnate only three times after the first body.
According to Kabbalah expert Gershom Scholem (d.1982), the Hebrew word gilgul is a translation of tanasukh, the Arabic term for transmigration, having “the same significance of moving from place to place” (Scholem 1987:188 note 216). The word gilgul is not found in the Bahir, coming into usage “two or three generations” afterwards (ibid:188). No justification for the theme is given in the Bahir, despite the fact that official Jewish theology completely rejected the doctrine of gilgul (ibid:191). In the ninth and tenth centuries, Oriental Jews are known to have been subscribers to transmigration, a teaching also favoured in some Muslim circles prior to orthodox prohibitions (ibid:192).
After several generations, the gilgul doctrine gained influence “with startling rapidity after 1550” (Scholem 1961:283). An elaborate version appeared in the Galli Razaya (Revealed Mysteries), composed in 1552 by an anonymous author. The doctrine then quickly “became an integral part of Jewish popular belief and Jewish folklore” (ibid).
The Kabbalists of Safed cultivated the theme of transmigration in their literature. Safed is a high altitude town in the mountains of Upper Galilee. Safed flourished in the sixteenth century, when many Jewish scholars and mystics migrated there after the expulsion from Spain. Kabbalah now reached a peak in terms of influence.
Rabbi Hayim Vital (d.1620) composed the Sefer Ha-Gilgulim (Book of Transmigrations), his exegesis occurring within the school of Isaac Luria (d.1572). This school became influential in Judaism from about 1630, favouring millenarian themes and reincarnation.
“Transmigration leaves no room at all for the conception of hell” (Scholem 1961:282). Biblical passages were enthusiastically interpreted by Kabbalists in terms of gilgul. Their texts exhibit pronounced contradictions. Some of the concepts reflect religious orthodoxy. Conservative Kabbalists resisted the idea of transmigration into the bodies of women and gentiles, an unorthodox outlook favoured by a bold minority.
The prevalence of gilgul doctrine in the sixteenth and seventeenth centuries caused new disputes between adherents and critics of Kabbalah.
Meanwhile, Elijah Del Medigo (1458-93) referred to Kabbalah (and different Kabbalahs) in some of his works. This Jewish Averroist of Crete lived for a decade in Italy, being familiar with events relating to the school of Marsilio Ficino (d.1499). During the 1480s, he was based at Padua, a centre of Averroism, where he was apparently a private tutor in philosophy to the sons of wealthy Christian families. He appears to have been in some friction with the Jewish community at Padua, many of whom were partial to Kabbalah instead of philosophy. Del Medigo may have participated in the debates occurring between Kabbalists and philosophers (Engel 2017).
In 1484-5, Del Medigo stayed at Florence, where he represented the Averroist view in collision with the Neoplatonist trend of Christian Kabbalah. His host was the aristocrat Giovanni Pico della Mirandola (d.1494), affiliated to the Ficino academy at Florence. Ficino and his circle were enthusiastic about alchemy, magic, and a derivative version of Kabbalah. Del Medigo did not agree with their Kabbalist theurgy, which he evidently regarded as an aberration.
The Cretan Jew translated many works of Ibn Rushd (d.1198), alias Averroes, into Latin. His own Hebrew treatise Behinat Hadat (1490) evidences a pronounced borrowing from the predecessor’s Arabic Fasl al-Maqal. However, his Aristotelian role model here was Maimonides (1138-1204). In a complex ideological milieu, the strongly rationalist approach of Del Medigo was critical of Kabbalists whom he considered to be “pseudo-savants” of his time. His Latin-Italian letter to Pico della Mirandola, dating to 1486, expresses an aversion to Pico’s new confidence in the “Platonically corrupted Kabbalah.”
Pico (a former student of Del Medigo) allied with Ficino in the trend to a Neoplatonist admixture of Hermeticism, Kabbalah, and Magic. The syncretic “return to Plato” was deceptive. Del Medigo preferred Aristotle and Maimonides. In another direction, Pico offended Christians with his novel claim that magic and Kabbalah were proofs for the divinity of Jesus.
The Behinat Hadat (Examination of Religion) was composed when Del Medigo returned to Crete. “Del Medigo’s book contained one of the first systematic criticisms of the Kabbalistic mystic tradition, which he, like many others, regarded as a derivative form of Neo-Platonism” (Jacob Ross, Elijah Delmedigo, 2005).

Del Medigo’s remarks testify to the competition between Jewish philosophers and mystics for leadership within their communities. They reverberate with the complex interactions of Jewish and Christian (and Islamic) cultures during the Italian Renaissance. They also prove that Del Medigo’s struggle to come to terms with the Kabbalah was chronic…. Another section [of the Behinat] debunks Kabbalistic doctrines by underscoring their irrationality and by discrediting Kabbalistic claims to ancient, traditional authority. (Bland 1991:24)

The Behinat comprised “a refutation of the Neoplatonic philosophy of Ficino and his circle, and of Christian doctrine in general, for which reason it was heavily censored when first printed in 1629” (Solomon 2015:127). Del Medigo was definitely not in affinity with Thomas Aquinas, the anti-Averroist.
Censorship removed all the anti-Christian passages from the Behinat, creating confusion about the subject of criticism. Three and a half centuries later, some research concluded that the main target of criticism was the Ficino school, not Jewish Kabbalah (Ross 1984).
Spinoza (1632-77) is now believed to have read the Behinat, which he acquired for his personal library (Fraenkel 2012:207ff). Whether he knew anything more about Del Medigo is uncertain. A possibility is that his own critical reference to “Kabbalist triflers” may follow on from Del Medigo.
According to a modern interpretation (Bland 1991), in his first work (Treatises on Intellect and Conjunction), Del Medigo included a reference (“all the souls being present at Sinai”) which harmonises the teaching of transmigration with an Averroist theme (“unicity of the intellect”). This stands in contrast to the traditional religious doctrine of immortality, where the deceased human was believed to inhabit a permanent heaven or hell. A tenuous extension of the syncretism was expressed in terms of: “The only contemporary readers who will not understand this clear parallel between Ibn Rushd and the ancient doctrine of transmigration, according to Delmedigo, are the ‘pseudo-savants,’ the sham Kabbalists of the new school, not the genuine ones of the older and more authentic school” (Ross 2005, linked above).
The “unicity of the intellect” was certainly a teaching of Ibn Rushd, who maintained that only the intellectual part of the soul is immortal. In this perspective, at the death of the physical body, the “intellect” rejoins the Active Intellect, losing the personality attaching to the body. That doctrine, possessing Aristotelian associations, was resented by orthodox Christianity. This Averroist belief was condemned at Paris in the late thirteenth century. That event involved the prohibition of many philosophical texts deemed heretical by the Roman Catholic clergy.
A contrasting contemporary of Del Medigo was Yitzhaq Abravanel (1437-1508), who is noted for a philosophical justification of gilgul. Abravanel was a prominent figure of the Spanish Jewish community before and after the expulsion from Spain in 1492. Exiled to Italy, he was receptive to the contemporary Renaissance Neoplatonism. Abravanel promoted gilgul, although his sources were more in the Renaissance idiom than the Kabbalist original. He is thought to have been a student of Ficino’s output.
Bibliography:
Bland, Kalman P., “Elijah del Medigo’s Averroist response to the Kabbalahs of fifteenth century Jewry and Pico della Mirandola,” Journal of Jewish Thought and Philosophy (1991) 1:23-53.
——“Elijah Del Medigo, Unicity of Intellect, and Immortality of Soul,” Proceedings of the American Academy for Jewish Research (1995) 61:1-22.
Engel, Michael, Elijah Del Medigo and Paduan Aristotelianism: Investigating the Human Intellect (London and New York: Bloomsbury Academic, 2017).
Fraenkel, Carlos, Philosophical Religions from Plato to Spinoza: Reason, Religion, and Autonomy (Cambridge University Press, 2012).
Guetta, Alessandro,  “The Immortality of the Soul and Opening Up to the Christian World” (80-115) in I. Zinguer, A. Melamed, and Z. Shalev, eds., Hebraic Aspects of the Renaissance: Sources and Encounters (Leiden: Brill, 2011).
Idel, Moshe, Kabbalah in Italy, 1280-1510: A Survey (Yale University Press, 2011).
Klever, W. N. A., “Spinoza’s life and works” (13-60) in D. Garrett, ed., The Cambridge Companion to Spinoza (Cambridge University Press, 1996).
Ross, Jacob J., Sefer Behinat Hadat of Elijah Del-Medigo: A Critical edition with Introduction, Notes and Commentary  (Tel Aviv: Rosenberg School of Jewish Studies, 1984).
Samuel, Gabriella, The Kabbalah Handbook: A Concise Encyclopaedia of Terms and Concepts in Jewish Mysticism (New York: Tarcher/Penguin, 2007).
Scholem, Gershom, Major Trends in Jewish Mysticism (1946; New York: Schocken, 1961).
——Origins of the Kabbalah (Princeton University Press, 1987).
Solomon, Norman, Historical Dictionary of Judaism (Lanham, Maryland: Rowman and Littlefield, 2015).