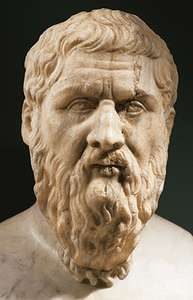 A recent contention that philosophy is in dire danger of eclipse from “alternative” or “new age” activities has been probed in some respectable British bookshops. This post presents findings at an urban branch of the Waterstone’s retail chain, located in the south-west of Britain.

In February 2010, I searched for philosophy books at this outlet. I found that there was no philosophy section at all, not even the diminished single shelf display that has become the norm in many provincial retail outlets, who give the excuse that the subject is not commercial enough. Philosophy was extinct at this particular venue.

After an intensive search, six books on the deleted subject were located on the Mind Body and Spirit shelves, which were abundantly stocked. Those incidental books were Plato’s Republic, Aristotle’s Nicomachean Ethics, Friedrich W. Nietzsche’s Thus Spoke Zarathustra, Bertrand Russell’s History of Western Philosophy and Why I am not a Christian, plus a very selective edited volume entitled The Great Philosophers. The reductionism was arguably much too pronounced here. Plato deserves more books on the shelf. In addition, rather a lot has happened since Plato. Even Russell’s industrious History is outdated in certain respects.

Mind Body and Spirit (MBS) here comprised twelve shelves. A small proportion of the books visible here were on religion, there being no separate section on religion in that shop. The meaning is clear. At such outlets, philosophy and religion have become identified with the “new age” trend of Mind, Body, Spirit, originating in America circa 1970. I can remember the equivalent situation in British bookshops during the early 70s, when this sales sector was demarcated as “New Age” or “Alternative.” Some of the books then visible were profound by comparison with the recent wave.

I carefully noted the contents of the current Mind Body and Spirit (MBS) shelves. Featured were the customary commercial topics such as tarot, psychism, magic, horoscopes, neoshamanism, crystal healing, and oracle cards. In addition, on offer was a wide selection of popular “alternative” writers such as Deepak Chopra and Neale Donald Walsch, the latter’s Conversations with God being doublestocked. 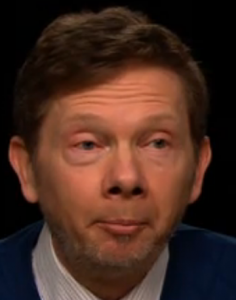 Eckhart Tolle was strongly in evidence with such books as The Power of Now. He is described on the paperback cover as “a counsellor and spiritual teacher.” Hodder & Stoughton also provided the alluring promotion: “In the Now, we discover that we are already complete and perfect” (for a contrast, see Eckhart Tolle criticism). In general, the glib scenario of “esoteric” presentation is more than a little misleading. The hype has been accused of encouraging psychological peculiarities.

Another distraction was noticeable. Closely adjacent were several shelves on Self Help, a contemporary feature which some have found very disconcerting. The most prominent books here were several by a well known entrepreneur, exhibiting titles like I Can Make You Rich. 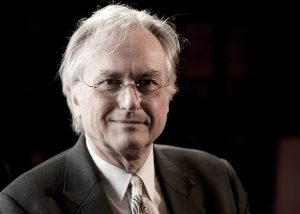 What else was being sold to the most literate society ever known (according to some claims which are under query)? There was an ominous section of many shelves packed with Science Fiction. A much smaller section on Popular Science could only muster a few shelves. The majority of the books here were general paperbacks, the most distinguished contributor being Professor Richard Dawkins. This controversial biologist is more well known than many other scientists. A further search for Dawkins revealed that he had one book on the MBS shelves. Quite an achievement. In more general terms, science now falls under the shadow of magic, pop-mysticism, and fiction.

There was no psychology section, and no anthropology section. Some books on sociology were found in an amorphous Education section, comprising ten shelves mainly stocked with general paperbacks. The history and philosophy of science was missing, being found elsewhere in university bookshops. The limiting category of Popular Science is not a sufficient safeguard against unrestricted fiction and fantasy.

There were very numerous shelves devoted to Fiction and Crime, with a relatively small section on real crime, meaning the historical as distinct from novelistic varieties. There were also substantial shelves on Teenage Fiction. Where are the Facts? In very close proximity to Teenage Fiction were shelves on Dark Fantasy and Horror. The lurid covers of so many paperbacks in these sections gave at least some idea of the content, which is not educational.

Commercial trends are tending to make philosophers an endangered species. The popular Mind-Body-Spirit (MBS) category represents an aberration for more analytical dispositions. That engulfing category freely extends to crass superstition and very dubious entrepreneurialism. There is also the factor of “cult” activity that is sometimes represented. To maintain separate identity from the imposed MBS conflation, philosophers may need to adopt special measures conducive to survival.