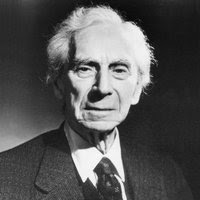 The significance of the key terms philosophy and philosopher has been much discussed, with a variety of interpretations. Today, the key word philosopher very often denotes an analytical stance, nothing more. Philosophy is now largely viewed in the academic realm as a discipline of analysis, relevant to the auspice of “analytical philosophy” which has become paramount in several countries, including Britain and America.

One of the most vocal exponents of analytical philosophy was Bertrand Russell. In his most oft-cited work, dating to the 1940s, he defined philosophy in such terms as:

Philosophy, as I shall understand the word, is something intermediate between theology and science…. All definite knowledge – so I should contend – belongs to science; all dogma as to what surpasses definite knowledge belongs to theology. But between theology and science there is a No Man’s Land, exposed to attack from both sides; this No Man’s Land is philosophy…. Is there such a thing as wisdom, or is what seems such merely the ultimate refinement of folly? To such questions no answer can be found in the laboratory. Theologies have professed to give answers, all too definite…. The studying of these questions, if not the answering of them, is the business of philosophy. (Bertrand Russell, History of Western Philosophy, Routledge edn 2000, pp. 13-14)

However, Russell’s approach has not satisfied everyone. Philosophers must negotiate the Scylla and Charybdis of attacks from empiricism and dogmatism. Russell recognised that wisdom could not be charted in the laboratory. The primacy of definite knowledge was nevertheless awarded to the laboratory sector. Definite knowledge is here envisaged in terms of something readily quantifiable to mathematicians and physicists, to chemists and biologists. Meanwhile, in No Man’s Land,  questions that might be answered are studied.

Moving back three centuries to Descartes, we find a rather different definition of philosophy. In his well known epistle to the translator of his Principles of Philosophy, Descartes made the following statement:

The word philosophy means the study of wisdom, and that by wisdom is meant not only prudence in the conduct of affairs, but a perfect knowledge of all that man can know, no less for the conduct of his life than for the preservation of his health and the discovery of all the arts. (F. E. Sutcliffe, trans., Discourse on Method and the Meditations, London: Penguin, 1968, p. 173)

Here we converge with many older perspectives on the subject. The version of Descartes reflects, however approximately, much more ancient concepts of philosophy as a gauge for conduct, health, learning, and creativity.

By the twentieth century, the antique ideal was relegated by academic philosophy to the No Man’s Land, avidly studied and historicised, but very often seen as something remote and even nebulous.