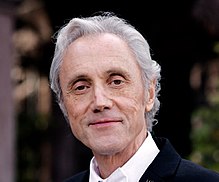 The philosopher Richard Tarnas is noted for an unorthodox approach. After graduating from Harvard, Tarnas opted to become Director of Programs at the Esalen Institute (California) for a decade. In that capacity he was closely associated with Dr. Stanislav Grof, an Esalen resident (from 1973) whose “cartography of the psyche” became fluently accepted in alternativist circles, though dismissed by the academic world in general. 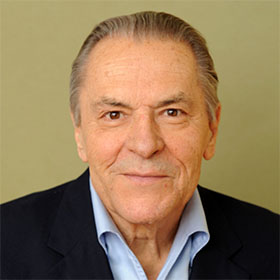 During the 1970s, Tarnas was already a supporter of Grof. He gained repute as a vindicator of the controversial LSD psychotherapy. Perinatal theory was glorified as a testimony to spiritual transcendence. A resulting lore asserted that controlled users of LSD were advanced mystics. Their minds controlled by a powerful psychoactive chemical, they were the liberated drugs lobby, their tunnel vision camouflaged as cosmic profundity. The rash endorsement was also explicated in terms of “archetypal astrology,” a resort of Tarnas claiming to correlate the perinatal matrices of Grof transpersonal theory with an “archetypal” version of planetary influences. The planets Neptune, Saturn, Pluto, and Uranus were here major players. Esalen transpersonalism, dominated by Grof, favoured such innovations impossible to prove.

Tarnas became a professor of philosophy and psychology at the California Institute of Integral Studies. His version of those two subjects became influential in his widely read book The Passion of the Western Mind (1991). This offered a version of Western thought spanning from the classical Greek era to the modern and “postmodern” phases. Grof theory is elevated in the epilogue (Philosophy, Richard Tarnas, and Postmodernism).

Two subsequent books of Tarnas demonstrated his strong orientation in astrology. His Cosmos and Psyche (2006) is a sustained account of astrological complexities. A basic contention of Tarnas is that planetary configurations influence patterns in human events. Astrology does have adherents, and also many critics.

The Tarnas version of astrology exerted a strong influence on the Grof camp. The reciprocal interplay is a notable feature of the Integral Studies scenario. Well prior to publication of Cosmos and Psyche, Dr. Grof celebrated the convergence in such words as:

An important factor in the selection process might be the relationship between karmic patterns and the time and place of a particular incarnation with its specific astrological correlates. This notion is in general agreement with the observations from psychedelic sessions, holotropic breathwork, and spontaneous episodes of psychospiritual crises. They show that in all these situations the content and timing of holotropic states are closely correlated with planetary transits. (Grof 2000:242)

A critical citizen stance in relation to holotropic matters can be found at Grof Therapy and MAPS. See also Contesting Grof Transpersonal Training. See also Castro 1996, chapter six, on Holotropic Breathwork commerce at the Findhorn Foundation. Grof Transpersonal Training Inc. was an enterprise charging high prices for the Grof trademark therapy Holotropic Breathwork. This novelty, administering hyperventilation, caused stress and dysfunction amongst a number of subscribers at the Findhorn Foundation. Edinburgh University complained at the clinical dangers represented by Holotropic Breathwork. The Scottish Charities Office recommended suspension of the controversial therapy. The afflicting “planetary transits” were not beneficial to sufferers. Cf. Grof 1988; Grof 2010.

The psychiatrist Franz Vollenweider, of Zurich University, investigated psychedelics and became a critic of Grof.

Vollenweider, who has heard Grof lecture and has read his books, said that Grof struck him as someone “trapped within his own metaphysical system.” Vollenweider added that Grof’s decades-old research on the therapeutic potential of LSD was not carried out in the careful, controlled fashion that is necessary to demonstrate genuine benefits. (Horgan 2003:168)

Reports of fantastic American psychedelic visions have been critically received. One interpretation reflected that the average American is exposed, via a surfeit of newspapers, magazines, and television, “to enormous amounts of  exoteric and esoteric information.” This input conceivably emerges in LSD trips. The mythological, theological, and other dimensions of that process “may constitute subliminal triumphs of  Time, Life, Newsweek” (Horgan 2003:168).

The transcript of a radio interview with Richard Tarnas is of interest. There is reference to the ecological situation, along with the observation: “We cannot continue to live according to the same assumptions with which we have lived blithely for the past several hundred years.” The basic contention here is surely correct, a complication being that affluent America is boosting climate change and reaping both drought and floods. Even the wealthy high caste Californian drugs lobby will not survive unimpaired.

Tarnas refers in his interview to the well known theme: “Modern science has essentially voided the cosmos of all intrinsic meaning and purpose.” He adds: “It is only, I think, through going through a profound inner transformation, and also an intellectual transformation, that one can see beyond that crisis.” There are so many people who claim transformation that the issue becomes one of authentic transformation. Indeed, this situation necessitates the urgent remedy of a basic sanity avoiding all claim to transformation of any kind.

There is further talk, in the Scott London-Richard Tarnas interview, of paradigm shift (a subject which has acquired varying preferential interpretations). Tarnas also refers to Grof’s theme of “the death-rebirth process,” meaning ego death and spiritual rebirth. That theme, based upon LSD experiences, is regarded as very misleading by some analysts of mystical literature. LSD experiences in “psychotherapy” were given an elevated mystical significance by Grof, who profited from the capitalist exercise in perinatal novelism. The scope for disagreement is extensive (Shepherd 1995:61-84; idem 2005:6-24, 142-148). See also David Lorimer and New World Values.

The Grof-derived viewpoint of Tarnas extends to pop music. The statement appears: “I feel that Madonna’s combination of these very different [‘perinatal’] impulses is reflective of the fact that our whole civilisation is going through the birth process, this initiatory transformation.” Critics urge that no transformation is in process. The world is in such a distressed state that different criteria are necessary. Vast numbers of humans will die in the climate change tragedy accelerated and maintained by America and China, the two leading carbon emitters. The supposed initiatory transformation of pop stars will not prevent the submergence of helpless island populations, and also many major coastal cities throughout the world indoctrinated with affluent creeds like capitalism, communism, and LSD psychotherapy.

Some of the Tarnas references to Greek philosophy are in question. For instance, he says in the same interview: “I love Plato and I’m as much of a Platonist as anybody I know. But Plato’s Republic would only be truly utopian and livable if it could have the Rolling Stones in it!” The contemporary music utopia reflects American Republican commerce, a means through which entertainers earn fantastic dollar sums in the showbiz maintained by environmental death throes of capitalism.

What is “utopian and livable” varies markedly according to temperament and appetite. A well known account of Rolling Stones anomalies, in the 1970s, describes a preoccupation with cocaine and heroin. The author, a close attendant of Keith Richards, relates how his girlfriend died after a bad reaction to the heroin substitute methadone. When the attendant tired of this confused lifestyle, he went into rehabilitation. He again encountered Richards in a hotel room at New York. The celebrity did not wish Sanchez to author a book about the past. Richards threatened Sanchez with a gun. There was no shooting, only the book that subsequently materialised. See Tony Sanchez, Up and Down with the Rolling Stones (1979; repr. 2010). Cf. Keith Richards, Life (2010).

Grofian confusions about death and rebirth are pervasive in “new spirituality,” also being associated with the controversial California Institute of Integral Studies (CIIS).  Tarnas discloses that he and Grof were teaching the same CIIS course in philosophy and religion at San Francisco. “It’s a great program where we offer doctorates and masters degrees.”

Some citizens do not believe in any necessity to obtain “integral studies” doctorates for the purpose of duly analysing the context of theories and statements.

Tarnas, Richard, The Passion of the Western Mind: Understanding the Ideas That Have Shaped Our World View (1991; Pimlico, 1996).